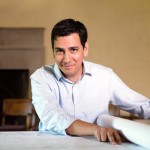 My research focuses on the archaeology and scripts of the Aegean Bronze Age, in particular the administrative practices of the Mycenaean state. I am co-director of the Western Argolid Regional Project. I have published articles on Linear A, Homer and Hesiod, archaeological survey, Greek religion and history, and Mycenaean economy, society and prosopograhy.

Individuals and Society in Mycenaean Pylos (2013)

This book revises our understanding of Mycenaean society through a detailed analysis of individuals attested in the administrative texts from the Palace of Nestor at Pylos in southwestern Greece, ca. 1200 BC. It argues that conventional models of Mycenaean society, which focus on administrative titles and terms, can be improved through the study of named individuals. A new, methodologically innovative prosopography demonstrates that many named individuals were not only important managers of palatial affairs but also high-ranking members of the community. This work significantly broadens the elite class and suggests that the palace was less of an agent in its own right than an institutional framework for interactions amongst individuals and social groups.

2004       “Gemination at the Horizons: East and West in the Mythical Geography of Archaic Greek Epic,” Transactions of the American Philological Association 134.2, 215–233.